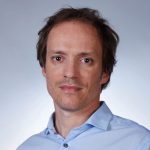 Martin Konecny is EuMEP’s director. Before founding EuMEP, he was Brussels director of Crisis Action, an organisation focusing on the protection of civilians from armed conflicts including in Sudan and South Sudan, Syria, Afghanistan, Congo and Israel-Palestine. Subsequently, Martin Konecny was a senior analyst at the Open Society Foundations covering the Middle East, North Africa and Central Asia. He is from the Czech Republic and has an MA degree in Sociology. He regularly visits Israel and the occupied Palestinian territory. Twitter: @MartinKonecny

While having one permanent staff member, EuMEP relies on external consultants, including for research, specific advocacy projects and administrative support. As part of its cooperative model, EuMEP works closely with other organisations and experts.

The board provides organisational supervision and strategic advice.

Hugh Lovatt is chair of EuMEP’s board. He is a policy fellow with the Middle East and North Africa programme at the European Council on Foreign Relations. Prior to this, he worked as a researcher for International Crisis Group and as a Schuman Fellow in the European Parliament focusing on Middle East policy. Twitter: @h_lovatt

Daniel Levy is the president of the U.S./Middle East Project (USMEP)*. He was director for the Middle East and North Africa at the European Council on Foreign Relations and an analyst for the International Crisis Group’s Middle East Programme. He was a senior advisor in the Israeli Prime Minister’s Office and to Justice Minister Yossi Beilin during the government of Ehud Barak (1999-2001).

Inès Abdel Razek is the advocacy director of the Palestine Institute for Public Diplomacy, a Palestinian NGO. She held advisory positions with the Union for the Mediterranean, the UN Environment Programme and the Palestinian Prime Minister’s Office. She is also a policy member at the think-tank Al-Shabaka and an advisory board member of the social enterprise BuildPalestine. Twitter: @InesAbdelrazek

Martin Siepermann is a co-founder and former director of The Rights Forum, a Netherlands-based network of former ministers and professors of international law who have joined forces to promote a rights-based solution to the Israel-Palestine conflict.

Nathalie Tocci is director of Istituto Affari Internazionali (IAI) and in that capacity a member of EuMEP’s board. She is also editor of The International Spectator and advises EU HRVP Federica Mogherini on the implementation of the EU’s global strategy in the area of security and defence. She is honorary professor at the University of Tübingen and has held research positions at the Centre for European Policy Studies, the Transatlantic Academy and the Robert Schuman Centre for Advanced Studies. Twitter: @NathalieTocci

* There is no formal connection between USMEP and EuMEP; the similarity of names is coincidental.